Here’s an article I recently wrote for Film Ireland.

You can read the original article here.

1. Every Project is Practice

Don’t be afraid to just pick up a camera and start shooting. It’s all practice, and the more you get, the better. My first projects were a few short sketches with some friends, which eventually turned into a shoestring-budget feature film. None of us had any technical expertise whatsoever in filmmaking, let alone been to film school — But between us, we’d seen a lot of movies, and that awareness, just through osmosis, helped us to craft a basic sense of structure and pacing. Technically, the film leaves a lot to be desired, but that’s to be expected. By the next project, I had a much better idea of shooting, editing and fixing any technical issues I was likely to encounter.

2. Be Brutal with the Script

Get rid of anything that’s extraneous or just for show. A line might be a great kiss-off or a scene may be super-smart, but unless it makes sense in the context of the story, it won’t sit right. I work with a brilliant writer, Tadhg Hickey, and we have established a work process whereby we are both ruthless with every draft of the script. The goal is always to work it out as economically and cinematically as possible. And remember: the shorter your script is, the smaller the budget and schedule will be, too.

This was myself and Tadhg’s first short film from 2010, called Tearing Strips:

3. Plan the shoot and over-schedule

Plan out all aspects of the shoot to the best of your ability. The more organized you are, the more you’ll be able to deal with the inevitable problems and necessary improvisations that will arise on the day. Also, where possible, allow plenty of scheduling leeway. The time needed to set up, address minor issues etc., will inevitably accumulate throughout the day, and you need to allow for that. It’s much better to tell your actors and crew that you need them until 8 and send them home at 6, than it is to tell them they’re needed until 6 and have to keep them on set for an extra two hours.

4. Learn how to work with a crew

One of the benefits of working with DSLRs and home editing software is that it allows for a huge amount of individual control. In theory, you can create an entire film project on your own. But if you want to pursue filmmaking seriously, you’ll need to work with a crew at some point (and remember that no film funding body will give you cash unless they know you can manage people and money properly).

The first time I worked with a crew was on a music video for the band Echogram. It was initially quite daunting, but once you remember that everyone just wants make something that best represents them creatively and technically, it’s just a matter of asking for what you want and letting people do their job.

Note: Regardless of the scale of the crew, make sure you have a good DoP and sound recordist. The less you have to worry about how a scene is going to look and sound, the more you’ll be able to direct what’s happening within it.

5. You can learn from anywhere

You don’t have to have gone to film school to make movies. In fact, there’s almost nothing that you could want to achieve visually that someone else hasn’t done in some way or another — and made a YouTube tutorial on how to do it. There are endless free tutorials online that will help you to get the best out of both your camera and software.

The Vimeo Video School has some great general filmmaking advice for all aspects of production:

For After Effects users, the tutorial section of the Video Co-Pilot website is a fantastic resource:

I consulted these extensively when making the music video for ‘Summertime’ by Toy Soldier, and was able to set up a basic greenscreen post-production pipeline on my PC.

I recently attended a seminar where a group of film festival programmers spoke at length about their experiences. One said, ‘If you finish your film and just send it off to the top ten festivals in the world, forget about it.’ You need to research your audience and pick your festivals carefully. For example, when we were sending out our film Uisce Beatha, we looked up festivals that would have large Irish contingencies; i.e., the Boston Film Festival, the Chicago Irish Film Festival, etc. Play to the strengths of the film and find your audience. It might be an extra day’s work, but it will benefit your film immeasurably and save you a small fortune in submission fees.

Tadhg Hickey as ‘Tom’, in a scene from Uisce Beatha, which recently won the ‘Filmmakers’ Choice’ award at DC Shorts, the biggest short film festival on the East Coast of the US.

Go to as many film festivals as you can (whether your film is in it or not). Check out what the standard is like, see what type of films are getting funded and do plenty of networking with other filmmakers. Get business cards made and hand them out. And make sure to follow up with people via email / Facebook / Twitter etc, as you never know what creative projects might emerge from the contacts you make.

8. Make your film a genre that you’re passionate about

If you love horrors, make a horror. If you’re into gritty social dramas, make a gritty social drama. Spielberg once said something along the lines of, ‘I make films that I would want to go and see’. If you’re making something that you’re really looking forward to seeing on the big screen someday, you’ll have all the creative drive you need to deal with the pressures of making a short film. 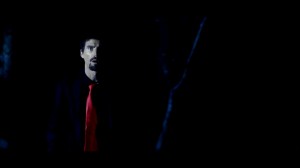 James Browne as The Man In Black in a scene from Shaun’s new short horror-comedy, Rest My Bones.

Get inspiration: Watch lots of good movies, and seek out stuff that you may not normally encounter. For example, check out the foreign film selection on Netflix, which is very extensive.

Also, read lots of books. Ray Bradbury (Fahrenheit 451, Something Wicked This Way Comes) once said that in order to stay creative, you should read one short story, one poem and one essay every night before sleep. That might be a bit much for most, but even one short story per evening will keep the creative juices simmering.

And read ‘The War Of Art’ by Steven Pressfield. It’s a small, succinct book about the creative process, and contains the best advice on the topic that you will ever read.

10. Remember that it’s a collaborative effort

In his book Catching The Big Fish, David Lynch outlines one of the main reasons he got into filmmaking: ‘Because it seemed like a lot of fun’. And that’s exactly what it should be. There’s a lot of pressure, granted, but at the end of the day, it’s a creative process, and to participate in that in any capacity is a rare, amazing thing.

Don’t be fooled by the stereotype of the shouty, angry director. If you’re not happy with something or somebody, you can usually sort it out with a quiet word. Listen to your cast and crew. Their ideas are just as viable as yours, and their collective technical expertise is probably way better than yours. If the atmosphere on set is tense and dictatorial, you won’t encourage a sense of collaboration and fun. And if it’s not fun and collaborative, what’s the point? 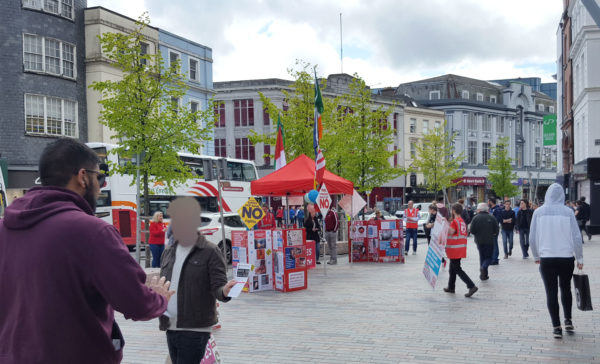 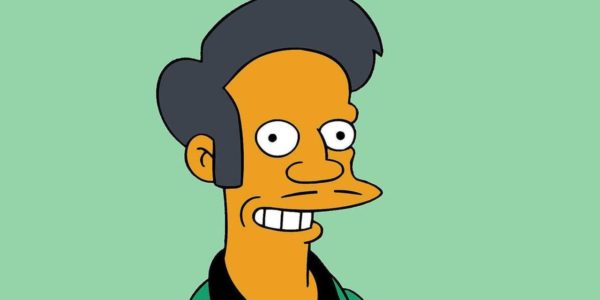 In Defence of Apu

Apu has been taking a lot of flak lately. Here’s five reasons I still think he was great.

My photography exhibition “Personal Space: Travels in India” ran throughout October in St Peters, Cork City. I wrote this companion article for the exhibition